Ghostwriting: Will I or Won’t I? 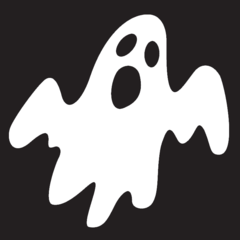 A couple of years ago, I was hired to ghostwrite a novel. My client had the ideas in his head, but he wasn’t sure how to organize it, put it together coherently, and present it as a story. I was quite excited, as this was my first opportunity to write a novel.

The process was difficult, because my client had definite ideas of the setting, characters, and vague plot. I needed to stick as close to his ideas as possible. We met a few times to review the details and settle plot points, etc. before I got to the meat of the writing. There were two big problems with this entire operation. One, it takes a long time to write a novel. It’s one thing to say, “Oh, and this guy has this ability to hear things from ten miles away” and actually articulate how someone could actually sift through all of the voices between here and there and hear what he needed to hear. Sure, it’s an odd example, and you might think that you are already suspending belief because it is obviously a superpower, but it really has to be presented in a plausible way or readers will simply reject it. In other words, it is not as simple as writing down the major plot points on index cards, putting them in order, and writing words to connect them. My client was impatient for progress and I felt very pressured because my creative process required a certain pace. I ended up rushing through the second half and giving him a list of things that would need fixing or elaboration because he wanted it NOW.

The second problem was handing over the novel. Sure, the client had come up with his concept, but I had written the words and figured out how to get from point A to B to C… Obviously, I had signed a nondisclosure agreement and the content was his and I gave it to him. But. It was really difficult to give away certain phrases and ideas I had created. And to give it up when I didn’t feel it was truly complete was also an issue for me. I had more ideas and more details and… it was gone.

So, to answer the initial question about whether I will ghostwrite… yes, I will. However, I will only ghostwrite short works, articles or lesson plans or web content. I will not commit to ghostwriting a novel. The next novel I write will be my own.