BEGIN TYPING YOUR SEARCH ABOVE AND PRESS RETURN TO SEARCH. PRESS ESC TO CANCEL
Skip to content
It occurred to me that it was pretty crazy trying to find things here with my book reviews and writing posts all in one blog. It also occurred to me, as I was staring at code and looking at solutions on the Internet, that I would probably break the site altogether if I tried to make it work. A BIG thank you goes out to my friend Fernando (I don’t know if he wants his last name published…) for helping me separate the blogs.

So… welcome to my new old blog. The old writing and miscellaneous posts are here, ready to be joined by some new ones. Book reviews have their own home. Look around, get comfy, but don’t move the furniture. I get easily annoyed when I can’t find things.

I am really trying to work out this whole 2 blog thing, but for some reason, all of the posts that are not book reviews have gone into some archive and new posts are going onto the old blog.  *sigh* Perhaps someday I will find the archives and return them to the world and somehow get all of the posts to go in the right places…

I’m trying to sort out my blog posts so that the book reviews aren’t mixed in with everything else.

I’ve misused “Categories” and abused the entire dashboard at this point, so watch this space for further mistakes and insanity as I struggle through re-categorizing each post. Fun? Wow! 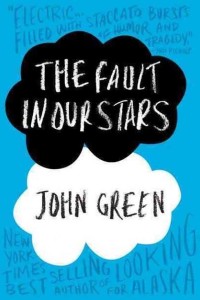 Full disclosure: I read this book because it was on a list of books “to read before you see the movie” even though I have no intention of thinking of considering seeing the movie. Period.

I liked the cover. Shallow, but true. Little did I know it was about cancer. The thing is, this wasn’t super depressing. I like Hazel and Augustus. Their illnesses were sad and shaped them into amazing individuals. It was a story of love and intelligence and a book that links characters together.

I won’t see the movie. I’m very glad I read the book. You probably should give it a try. It would be a great book for a discussion group.

I love Odd Thomas. I really do. The character has charmed me from the first book in the series… until now. Suddenly, he has an enigmatic sidekick… and I don’t like her. She seems to serve no real p

This entry in the series relies on intricate science theories and horror instead of Odd’s talents as one who helps the dead with their unfinished business so they can “cross over”. urpose and is incredibly annoying and distracting for both Odd and the reader.

If you’re a fan, you’ll like it but not love it. Come on, Koontz. Ditch the chick and give us back the old Odd. We love that fry cook. 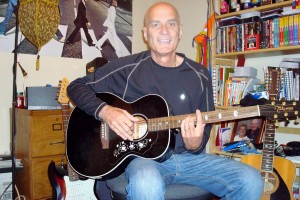 Not long ago, I announced that my brother would be writing book reviews with me. i added his recent photo without telling you that his bald look was not a fashion statement, but the result of chemotherapy for a particularly aggressive neuroendocrine tumor in his lungs that had spread to his bones and lymph nodes. At the time of my post, he was eager to share his views with you. Unfortunately, cancer had other ideas. His extreme pain did not allow him to write for me. We were led to believe he still had options until recent blood work indicated that his body was shutting down and there was nothing to be done. He was put on comfort care, or hospice, for pain management. I am blessed that my brother and his wife asked me to be there in their home as a co-caregiver during his last days. I stayed up with him at night, reading to him and describing bad horror movies to him when he was unable to watch. He loved those movies… He passed away on January 23rd shortly after 12am in our arms. It was incredibly sad. Even knowing it was coming, it was not easy watching him draw his last breath. He was an amazing man and I wish you had been able to read his views. I put his favorite book, A Confederacy of Dunces (Pulitzer Prize winner) in his casket. So, with a heavy heart, I must announce that David won’t be writing for us. I will, however, post some of his recent favorite reads for your enjoyment.